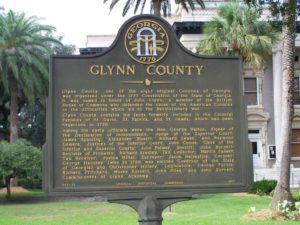 This week’s #MarkerMonday highlights the life of George Handley, one of the delegates to attend Georgia’s special convention to ratify the United State Constitution. George Handley was born in Sheffield, England, on February 9, 1752. Very little is known about Handley’s early life in Great Britain. He arrived in the colony of Georgia in May 1775 and joined the patriot cause during the American Revolutionary War.  In January 1776, Handley was named first lieutenant of the 1st Georgia Regiment, rising to the rank of lieutenant colonel. He served along the South Carolina and Georgia borders during the first four years of the war before being captured by British forces in 1780 and held as a prisoner of war in Charleston, South Carolina, until 1782. 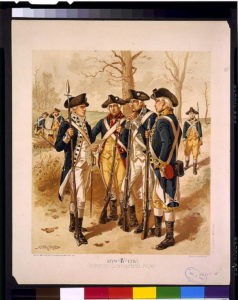 Following the war, he entered local and state politics, maintaining residences in both Glynn and Richmond County. At the state level, Handley served as secretary of the executive council in 1785 and 1786, before becoming inspector-general of the militia. He was also one of the Glynn County delegates to the state convention that unanimously ratified the U.S. Constitution in 1788. Georgia’s lawmakers and farmers hoped that a stronger federal government would assist the state in its negotiations with the Creek Nation, which claimed large portions of Georgia as part of its land. On 26 January 1788, Handley became Governor of Georgia, serving a one-year term primarily focusing on mitigating the hostilities between the Creek Nation and Georgians along the frontier. He also presided over efforts to revise the state’s constitution using the recently ratified U.S. Constitution as a model. The convention discarded the old state charter and created a new constitution, which granted the governor the power to act in times of crisis.  After his term as governor, Handley served one year as a Glynn County representative under the new state government. In 1789, he was appointed Collector of the Port of Brunswick by President George Washington. The following year, Handley moved to Augusta, Georgia, and served as a justice of the peace. In September 1793, George Handley died at the home of J. Hammond at Rae’s Hall, Georgia.

Explore the links below to learn more about the life of George Handley and the United States Constitution.

GHS is proud to house Abraham Baldwin’s Draft Copy of the U.S. Constitution in the Georgia Historical Society Image Catalog.

Stevens, William Bacon. A History of Georgia: From Its First Discovery by Europeans to the Adoption of the Present Constitution in MDCCXCVIII. Vol. 2. 2 vols. New-York: D. Appleton and, 1847.

The Georgia Historical Quarterly has published  an article related to Georgia’s special convention to ratify the United States Constitution which can be accessed on JSTOR. If your library does not have access to JSTOR, you can go to www.jstor.org and create a free MyJSTOR Account.