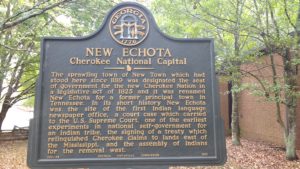 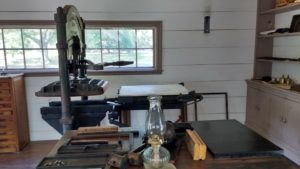 Explore the links below to learn more about New Echota and the Cherokee Nation.

GHS is proud to house several  and collection of Cherokee Indian Relocation Papers and Cherokee Ration Books from 1836,1837, and 1838 issued in New Echota.

Sequoyah was one of the Georgia History Festival’s  Featured Historical Figures in 2017. Follow the link to view educational materials related to his life and the creation of the  Cherokee Syllabary.

New Echota State Historic Site is a participating site in the 2018 Super Museum Sunday. For more information, visit the http://georgiahistoryfestival.org/.

The Georgia Historical Quarterly has published several articles related to New Echota and the removal of the Cherokee on the Trail of Tears which can be accessed on JSTOR. If your library does not have access to JSTOR, you can go to www.jstor.org and create a free MyJSTOR Account.