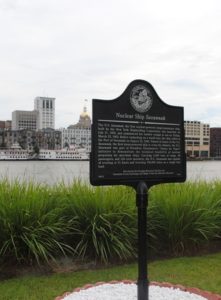 To highlight this year’s Georgia History Festival theme, “Tear Down This Wall: Georgia in Cold War America,” this week’s #MarkerMonday will examine the Nuclear Ship Savannah historical marker in Chatham County. The N.S. Savannah is the first nuclear-powered cargo and passenger ship and was created as part of President Dwight Eisenhower’s “Atoms for Peace” initiative. Fueled by nuclear energy, the N.S. Savannah was capable of cruising at 21 knots and traveling 336,000 miles on a single fuel load. The N.S. Savannah demonstrates President Eisenhower’s goal to transform nuclear research away from its militarization to focus on peaceful atomic programs.

The nuclear arms race was well underway when Eisenhower was elected President in 1952. He was briefed on the secretive nuclear initiatives led by the Truman administration but could see that trying to keep the information classified was doing very little to prevent the Soviet Union from creating their own nuclear arsenal. He foresaw a world where nuclear weapons and technology would become widely available, allowing any country to start a nuclear war. Although he believed that atomic weapons held value as a military tactic, he did not see the purpose of hording enough nuclear weapons to destroy much of the world. 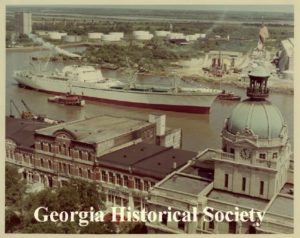 “My country wants to be constructive, not destructive. It wants agreements, not wars, among nations. It wants itself to live in freedom and in the confidence that the peoples of every other nation enjoy equally the right of choosing their own way of life.” President Dwight Eisenhower’s “Atoms for Peace Speech.” Delivered to the 470th Plenary Meeting of the United Nations General Assembly on 8 December 1953.

In his first year as President, Eisenhower began with Operation Candor, an attempt to educate the American public about atomic energy and the international political climate through a series of television and radio programs. On a larger scale, the Atoms for Peace program was aimed at people and government officials across the world by demonstrating America’s focus on nuclear energy for peaceful purposes. This led to the Atomic Energy Act of 1954. Under the revised act, the United States would provide education, assistance, and equipment to other countries who pledged to use nuclear energy solely for peaceful purposes. 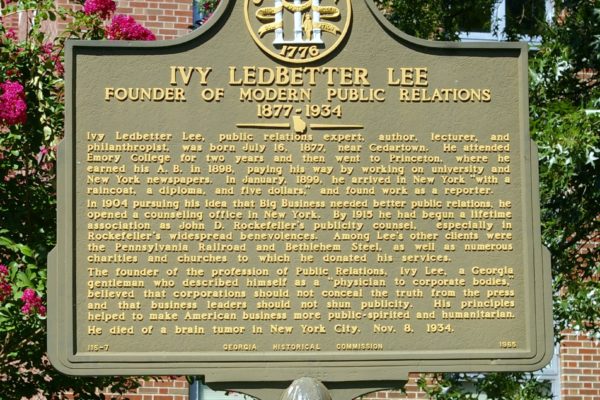 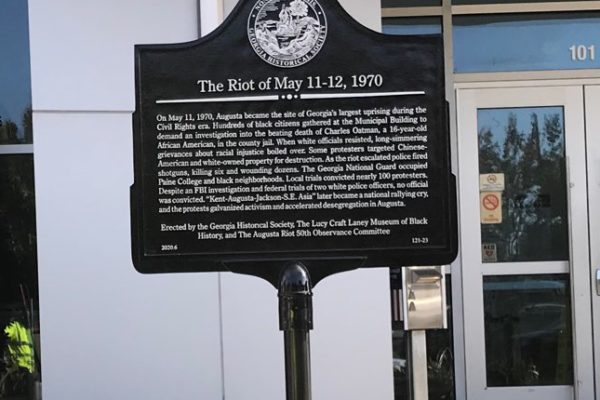