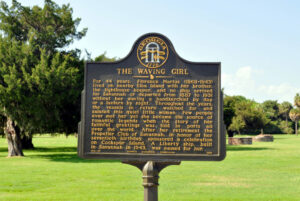 This week’s #MarkerMonday looks at The Waving Girl historical marker in Chatham County. Florence Martus lived on Elba Island, located at the entrance of the Savannah Harbor between Savannah and Tybee Island, with her brother and lighthouse keeper, George W. Martus. Known by few, Florence gained worldwide renown as the Waving Girl because between 1887 and 1931 no ship passed without her waving a handkerchief by day or a lantern by night. As ships frequented the port, sailors watched for the Waving Girl and saluted her as they passed. Legends and lore grew to explain why she watched for ships each day and helped spread her fame.

Like many stories of women by the sea, people began to romanticize Florence and her waving. One story tells that Florence lost a dear friend to the sea, and she paid tribute to him by waving at boats as they passed by. Another proposed that she was waiting for her long-lost love to return, so she hoped he would see her waving as his ship entered the port. However, Florence noted that she was simply lonely on the island and the more she waved at ships, the more they looked to see her. Throughout the years, many believe Florence became a symbol to the sailors of what they left behind and what they were returning to. 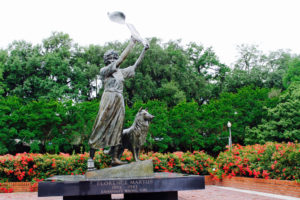 Although her fame comes from waving at ships from Elba Island, she is also remembered for saving the lives of many people who could have drowned at sea. On Thursday, October 27, 1911, river dredge No. 15 caught on fire, causing the 32 members of the crew to escape. Eight of the men boarded a pontoon but started to drift towards the ocean. Florence heard their cries for help, caught the pontoon with her rowboat, and brought them back to safety. With her brother’s help, they collected almost all of the other men from the marsh, though one man was never found. Less than two weeks earlier, Florence and her brother also saved a small boat full of people returning from an excursion on Tybee. They became stranded, and their boat almost caught on fire as they tried to signal for help. Florence and George helped extinguish the fire, save the travelers, and tow what was left of their boat back to Savannah.

During her time watching ships, Florence recorded the day, the ships she saw, their home ports, the type of ship, and more, but she told Ernie Pyle, a Pulitzer Prize-winning journalist, that she burned the diary upon her retirement in 1931.

WTOC – History of the ‘Waving Girl’ 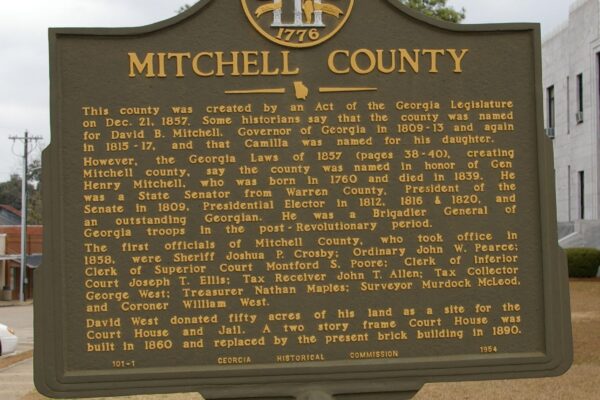